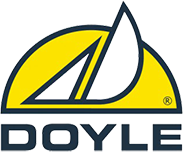 Why do we use CRF?

In a conversation with Jim Taylor, famed yacht designer and Chairman of the CYOA Technical Committee, we learned that the CRF rating is MUCH more sophisticated than we could have ever imagined. Hey, don't take our word for it - take Jim's. We hope you'll spend a few minutes to learn WHY the CYOA is committed to CRF.

Fifteen years ago, I was lured to Maine to crew in my first Classic yacht race. I was instantly hooked; where else can you enjoy a fabulous wooden boat show and enjoy some good competition at the same time?

Being a hopeless sailing gearhead, I immediately began to dig into CRF, the rating rule that was developed years earlier specifically to score wooden boat races. Soon enough I was making unsolicited suggestions as to how CRF might be improved, and after a few years of that I was asked to join a very diverse and talented Technical

Committee tasked by the CYOA to fundamentally rework CRF.

The new version of the rule, first dubbed ‘CRF MkII' was rolled out in 2017, and careful analysis of race results has led to updates and refinements each year since, leading to this year's CRF 2021.

For a more complete story of how CRF was developed and has evolved, see ‘CRF: Rating Classic Yachts' at https://tayloryachtdesigns.com/news/2021/1212/